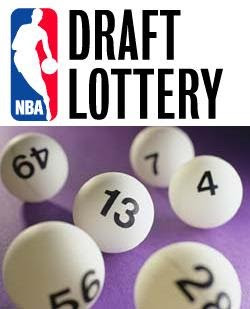 As you may have heard, the NBA Board of Governors approved a revision to the Lottery Format for 2019. Many reports on this activity are proclaiming the incentive to "tank" has been eradicated and that the tanking problem has been solved. This couldn't be farther from the truth. As I've noted, as long as draft order is tied to win/loss record in any way, there will always be incentive to tank. Zach Lowe has a really thoughtful and insightful article on the new lottery odds. It's probably the best piece I've seen so far.

For my part, check out these visualizations that compare the current system to the new system. In each, the blue line represents the odds for the current lottery format. The red, for the new lottery format. In each, the pre-Lottery draft positions are labeled from 17 (Lottery team with the best record) to 30 (Lottery team with the worst record). Starting at team 17, as you start moving from left to right, the red line is initially above the blue line. As you continue moving to the right, you see the "tipping point" where the red and blue lines intersect. That's somewhere between team 25 and 28, depending on which visual you're looking at. Continuing to the right, the blue line rises above the red.