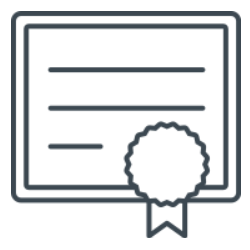 I've been a longtime proponent of certifications. This is not a majority position--there are many who feel certs are worthless pieces of paper. But in my experience, the process of preparing for an exam has been an unmatched learning experience. Still, I haven't earned a ton of certifications. And sometimes I go for long stretches without pursuing one. In fact, it's been more than two years since my last cert. Why have I waited so long? In a word, Azure.

My preferred method to prep for a certification is a Microsoft Press book. They create the test, so it makes sense to use their study guide. Microsoft's new role-based certifications are Azure-centric. For those, there's not much out there. One of the explanations I had heard was that the Azure ecosystem changes so rapidly, by the time a book was published, a significant amount of information would be outdated. So Microsoft isn't in that business much any more (if at all). This makes sense. I've noted similar observations from numerous speakers in the SQL Server community--the slide decks and other content they meticulously pore over and compile quickly become outdated, forcing them to frequently update their presentations.

In turn, I think it's fair to say the current role-based Azure certification exams are moving targets. This poses two problems. One, how do I know I'm studying (and learning!) the right material? And two, how long after earning a cert will the material I learned be irrelevant?

I've heard of some people that can prep for a test in a few weeks or less. I am not one of those people. It usually takes me three to four months to prepare. I don't think that cadence works any more. As for irrelevancy, it's been exhausting trying to convince much of the IT world that certifications have value. A quickly outdated Azure cert makes it even harder to push that boulder up a hill.

If you have pearls nearby, now would be a good time to clutch them: I don't like Azure. Oh, hey...you're still here. Thanks for sticking around! The thing is, I don't dislike it, either. I just don't use Azure for much of anything. From what I've gathered, the lion's share of work is still happening on premises. But you wouldn't know it in looking at Microsoft's latest certificaiton offerings.

It's not just SQL Server either. Windows certifications are gone too. C# and .NET certifications for developers are suffering a similar fate. Microsoft's focus is clearly in the cloud. And that's ok. But what is to become of their flagship relational database management system, operating system, development platform, and programming language? In the absence of information from Redmond, all we can do is speculate. Without knowing anything about the path forward, my thoughts have turned gloomy.

My hesitatancy to go all in with Azure has led me to ask myself a few questions. Am I being stubborn? Am I being lazy? Am I resistant to change? I don't rule any of those out. Those questions warrant a solid "maybe". I've got fewer years in my career ahead of me than behind, though. I need to be sensible about where I invest my time and energy. I'd also point out I haven't stopped learning, having recently finished two EdX courses (Data Science: R Basics and Data Science: Visualization).

Thinking back to my first certification experience (for Oracle), it didn't benefit me directly. I don't have regrets--I learned a lot of about database theory, development, and infrastructure. But if I had it to do over again, I'd have chosen a different path. I'll be watching the Microsoft cert landscape, hoping there will be new offerings for the on premises crowd. Until then, my instincts tell me there are better paths for me than Azure.